Update re Operations and Year-end Reserves

The reserve volumes, in barrels, are presented below:

The increase from prior year total Proved Reserves is due to reserves associated with Proved Undeveloped category which were deemed uneconomic at 2015 year-end pricing. Based upon current pricing as of 31 December 2016, certain PUDs are now economic and have therefore been included in the above table. The decrease in Proved Developed Producing, which is net of 2016 annual production of 482,119 gross barrels, is due to annual production consistent with expected normal decline curves.

Water flood
As reported on 3 January 2017, the Company has commenced injection into both of the water flood pilot project injection wells. It is anticipated that as the injected water fills existing pore volume, consistent with normal nature of water flood projects, a measurable response will be seen. The Company expects this response to be during the second quarter 2017. As such, the incremental volumes expected from the water flood pilot project have not been included in the PDP reserves above but remain as Probable Reserves at the year-end. Once adequate response and evidence is seen as to the response, the reserves are expected to begin being reclassified to PDP.

Production
Total production for the month of January 2017 was approximately 43,595 gross (35,544 net) barrels as compared December 2016 production of 35,985 gross (28,885 net) barrels. The increase in production since December 2016 is due to the successful completion of a new zone in the Monarch 10-15 well, together with bringing wells back in production that were suspended during the installation of the water flood pilot project.

Year-end Cash Balance
As of 31 December 2016, the Company’s cash balance was US$5.6 million, of which approximately US$1.2m is committed for expenditure on the Arikaree Creek water flood pilot project. Total expenditures for the water flood pilot project are estimated to total $3.5 million. Based upon current projections, the Company will have adequate cash reserves to maintain its current normal operating activities through 2017.

Chuck Wilson, Chief Operating Officer of Nighthawk, who has over 33 years of experience in the oil and gas industry and meets the criteria of qualified persons under the AIM guidance note for mining and oil and gas companies, has reviewed and approved the technical information contained in this announcement.

Munich-based investment manager Catella Real Estate has acquired a parking
garage with 360 parking spaces in Copenhagen for its newly launched open-ended
real estate special AIF, Catella Parken Europa. The property is leased to the wellknown
car park operator Apcoa on a long-term basis.
The parking garage at Nyropsgade 6 in Copenhagen is located on the edge of the city centre,
directly on one of the city’s major roads. The lease with the operator Apcoa was recently
extended by 10 years. The sellers of the property are private investors.
“Parking space comes at a premium in the Danish capital, so the occupancy rate of the centrally
located car park is very high,” says Henrik Fillibeck, Managing Director of Catella Real Estate.
Launched in December 2016, the Catella Parken Europa fund aims to attain an equity target of
EUR 200 million and will invest at least 70% in the core countries of Central Europe. The fund is
designed exclusively for institutional and semi-professional investors, who will be able to
participate from EUR 5 million and upward. The properties are being selected by Catella’s Dutch
partner Orange Investment Managers, which focuses on the acquisition and asset management of
parking garages in Europe. 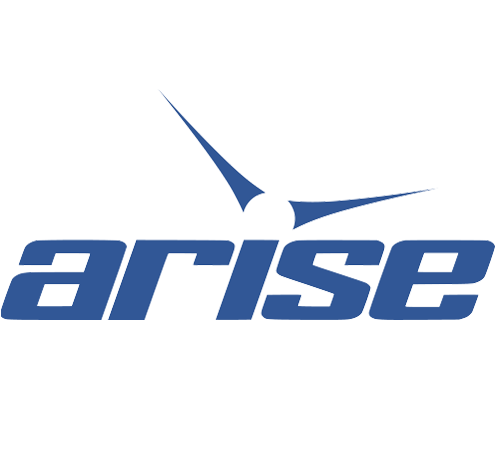 In the fourth quarter, Catella’s total income increased by 7% to SEK 610 M (571) year on year. The growth is mainly due to increased assets under management and an increase in transactions in Property Funds and Wealth Management. The Group’s operating profit was SEK 84 M (110) in the quarter and the reduction in operating profit is mainly due to lower variable earnings. Even if variable earnings were down, Catella’s fixed earnings increased, both in the quarter and for the year.

Catella acted as exclusive financial advisor to Guy Hands in raising financing for
the acquisition of McDonald’s Nordic operations. The parties have signed a
share sale and purchase agreement and agreed on the Master Franchise
Agreement. Mr. Hands will become the Development Licensee (DL) for the
Nordic markets.
The Nordic countries consist of approximately 435 restaurants, of which more than 95% are
franchised, and is the clear number one QSR (Quick Service Restaurant) operator in the region.
Financial terms of the transaction are not being disclosed.
Under the DL structure, McDonald’s plans to transfer its ownership interest in McDonald’s
Norway, Finland, Denmark and Sweden and grant a license to the DL to develop and operate the
McDonald’s restaurants in these markets. Mr. Hands will provide the capital necessary to support
and grow the business.
Guy Hands is also the Chairman and Founder of Terra Firma Capital Partners Limited.
His wife, Julia Hands, is the Chairman and CEO of Hand Picked Hotels, an award winning chain
of country house hotels based in the UK.
Julia and Guy intend to leverage their industry experience to further develop the McDonald’s
brand in the Nordic markets.
“We appreciate the trust and debt advisory mandate given to Catella by the Hands family. We
have been able to secure a long term, tailor made financing solution to our client by tapping into
the capital markets. Catella is well positioned for this kind of mandate in line with our DNA of
being the Link between Property and Finance,” says Jesper Bo Hansen, Head of Corporate
Finance at Catella.